Dozens of Palestinian citizens were injured on Friday when the Israeli occupation forces (IOF) opened fire at the Great March of Return protesters.

Gaza Ministry of Health said that 189 Palestinians were injured, including ten children and two women, and an ambulance belonging to the Red Crescent Society was partially damaged after being deliberately targeted with Israeli gunfire.

Thousands of Palestinians, on the fourth day of Eid al-Adha, marched along Gaza's border with the 1948 occupied Palestinian territories, to take part in the protests of the 22nd Friday of the Great March of Return.

Demonstrations this Friday were organized in solidarity with medical and press crews who have been repeatedly attacked during their work near the border over the past weeks.

Since the launch of the Great March of Return on 30th March, 171 Palestinians have been killed, including 27 children, three girls, three paramedics, and two journalists.

Gaza Ministry of Health said that nine Palestinian youths were killed near the border fence during the same period and their bodies are currently detained by the IOF.

The Ministry added in a statement that at least 18,300 Palestinian citizens have been injured, including 3,600 children and 1,750 women.
22 aug 2018
Israeli army launches limited incursion into eastern Gaza

The PIC reporter said that four Israeli bulldozers, escorted by Israeli soldiers, moved 50 meters into the neighborhood and started to level Palestinian lands in the area.

A similar incursion was carried out in eastern Khan Younis, in the southern Gaza Strip, on Tuesday as Palestinians in Gaza were celebrating the first day of Eid al-Adha.

The Israeli occupation forces every now and then carry out military incursions or shooting attacks targeting Palestinian farmers near Gaza's eastern border or fishermen sailing off Gaza shore, in a blatant violation of the ceasefire agreement reached after the 2014 assault.
20 aug 2018
Israeli army kills Palestinian, detains his body north of Gaza 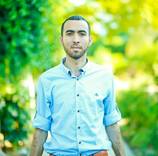 Israeli occupation army on Monday evening announced that it shot and killed a Palestinian earlier in the day for allegedly sneaking into Zekem area, north of the Gaza Strip.

Hebrew media sources reported that a Palestinian youth on Monday infiltrated about 500 meters into Zekem in the 1948 occupied Palestine and exchanged fire with an Israeli military force.

Posting a photo of a young man lying on the ground with a Kalashnikov rifle next to him, the media said that the gunman was killed after an Israeli tank and drone opened fire at him.

A spokesman for the Israeli occupation army on Monday morning claimed that an Israeli patrol came under fire by a Palestinian gunman in the northern Gaza Strip.

There were no damages or injuries among the Israeli soldiers, he added in a statement.

Gaza Ministry of Health has not yet given any information about the killing or injury of a Palestinian citizen in northern Gaza.
Israeli army claims patrol came under fire in northern Gaza

An Israeli occupation army claimed that one of its patrols came under fire by a Palestinian gunman in the northern Gaza Strip on Monday morning.

According to The Times of Israel website, the patrol soldiers returned fire and hit the gunman, apparently killing him.

There were no injuries among the Israeli soldiers, according to a military statement.

For its part, Yedioth Ahronoth website quoted army sources as saying that the gunman opened fire at the soldiers from close range, from a distance of 10-20 meters from the border fence.

The sources added that soldiers fired back and shot down the gunman.

His body were seen lying near the fence on the Gazan side, according to the website.

The Israeli army also said its forces were trying to check the identity of the gunman.

There is still no confirmation from the health ministry in Gaza about the killing or injury of a Palestinian citizen in northern Gaza.
19 aug 2018
Israeli navy opens fire at Gaza flotilla

Israeli naval forces opened fire at dozens of Gaza flotilla boats that set sail on Saturday from the besieged Gaza Strip port in attempt to break the maritime blockade imposed by Israel.

According to local sources, Israeli naval forces opened fire a while after five boats of the Gaza flotilla set sail towards the northern borders of Gaza to break the nearly 12-year siege.

Sources mentioned that the Gaza flotilla consisted of 40 boats, with patients and students on board, carrying Palestinian flags and signs demanding the lift of the siege on Gaza.

The Gaza flotilla was forced to sail back to the Gaza port after shots were fired.

No injuries were reported during the incident.

The International Committee for Breaking the Siege of Gaza announced the launch of the demonstration by the Gaza flotilla in multiple letters to the international community.

The International Committee for Breaking the Siege of Gaza said the demonstration reflected the demands of the Palestinian people to lift the siege completely.
18 aug 2018
Israeli forces shoot at Palestinian fishermen off Gaza

Local sources said that Israeli forces targeted the Palestinian boats off Beit Lahia region in the northern part of the enclave.

Gaza's Ministry of Health said two Palestinians were killed and over 270 injured as Israeli soldiers opened fire on demonstrations calling for the right of return for Palestinian refugees.

The ministry named one man as Karim Abu Fatayer, 30, and said he was shot near the central Gaza Strip town of Bureij.

The second was named as Saadi Akram Moamer, 26, who was shot east of Rafah.

Over 40 Palestinians were injured by live fire.

At least 160 Palestinians have been killed since the Great Return March protests began on 30 March, with more than 17,500 injured.

More than 68 Palestinians injured by Israeli forces have required amputations of either lower or upper limbs since protests began.

Palestinians are calling to return to the homes their families were forced from in 1948, during the war surrounding the creation of Israel.

Protesters have also called for an end to the decade-long crippling blockade on the Palestinian enclave.

Israel says its use of live fire is necessary to defend its borders and stop infiltrations, but human rights groups accuse it of disproportionate force against unarmed protesters.

Gaza has been under an Israeli blockade for over a decade, with residents banned from leaving the besieged coastal enclave.
One Palestinian Killed, 156 Injured at Gaza Border

At least one Palestinian man was killed and 156 others injured, by live bullets or sustained suffocation from teargas inhalation, on Friday, as Israeli forces continued to crack down on the Great March of Return protests at Gaza-Israel border, according to the Ministry of Health. video

The forces fired live bullets and rubber-coated steel rounds at the protesters who gathered at many encampments along the border, killing Karim Abul-Fatayer, 30, and injuring 156 other protesters, WAFA reported.

More than 169 Palestinians have been killed and 17,500 others injured since the outbreak of the Gaza border protests on March 30. The protests call for ending the 12-year-long Israeli blockade of Gaza and for the right of return of the refugees.

Most of the casualties occurred on May 14, when Israeli forces attacked Palestinian protesters marking the 70th anniversary of Israel’s occupation of historical Palestine and the ensuing ethnic cleansing of half a million Palestinian refugees.
16 aug 2018
Crucial 48 hours as Gaza awaits truce

Lebanese news channel Al Mayadeen reported on Thursday that the coming 48 hours will be crucial regarding the awaited truce between Israel and Palestinian factions in the Gaza Strip.

Israeli official TV channel reported that Kamel might be visiting Ramallah City in the central West Bank in an attempt to convince Palestinian President Mahmoud Abbas to "bless" or praise the truce.

Al Mayadeen added that a Fatah movement delegation would not be taking part in coming talks in the Egyptian capital, Cairo, for multiple reasons.

Reports also included that Qatar would be paying the salaries of officials in the Gaza Strip together with Egypt, in addition to paying electricity bills of Gaza in cooperation with Israel.

The deal would also be including a maritime route between the Gaza Strip and Cyprus under Israeli supervision.
Israeli navy arrests 4 Gaza fisherman, seizes their boats

Head of Gaza’s Fisherman Union, Nizar Ayyash, told the PIC that Israel’s gunboats opened fire at the fishermen who were sailing in two vessels north of Gaza’s seashore and towed their boats to Ashdod airport.

Ayyash identified the fishermen as Mohamed Ahmed Zayed and his son Tamer, along with Tawfiq al-Sultan and Rafat al-Sultan.

The attack comes just one day after the occupation authorities green-lighted the expansion of the fishing zone for Gaza’s fishermen.

The Israeli occupation navy continues to target Gaza fishermen on a daily basis, violating the ceasefire accord struck in the wake of the 2014 Israeli offensive on the besieged coastal enclave of Gaza.
15 aug 2018
Israeli Soldiers Abduct Six Palestinians In Tubas And Jenin

In addition, the soldiers abducted Amjad Abdul-Jabbar Jarrar, Mo’taz al-Hourani Abu Zeid and Aysar al-Jalbouni, from their homes in the al-Marah neighborhood, in Jenin city.

The soldiers also invaded Azzoun town, east of the northern West Bank city of Qalqilia, and searched several homes, including the home of a former political prisoner, identified as Aseed Yasser Salim.

Furthermore, the soldiers installed roadblocks at the entrances of the Zawiya and Masha villages, west of Salfit city in northeastern West Bank, before stopping and searching dozens of cars, and interrogated many Palestinians while inspecting their ID cards.

The soldiers imposed severe restrictions on the Palestinians, and prevented them from entering or leaving two villages, leading a huge traffic jam, before later reopening the roads.

In the Gaza Strip, Israeli navy ship ships opened fire at several fishing boats, in the allotted fishing zone, in Palestinian territorial waters, in northern Gaza. The fishermen had to sail back in fear of further escalation.
14 aug 2018
Palestinian child injured by Israeli gunfire east of Gaza

A Palestinian child was injured Tuesday evening when Israeli occupation forces (IOF) opened fire at a group of Palestinian citizens near the border east of Gaza city.

A medical source said that a child was wounded  in the head by shrapnel from a live bullet while he was standing close to the Great March of Return camps east of Gaza.

Eyewitnesses said that the child was injured when the IOF heavily opened fire at a group of peaceful protesters near Gaza's eastern border fence.