Israeli soldiers shot, on Sunday at night, five young Palestinian men on lands near the perimeter fence, east of Khuza’a town east of Khan Younis, and east of Rafah, in the southern part of the Gaza Strip.

The Palestinian Health Ministry in Gaza said the soldiers, stationed behind sand hills, and in sniper posts across the border fence, shot four Palestinians, east of Khuza’a.

It added that the injured Palestinians were rushed to Nasser Hospital in Khan Younis, suffering moderate wounds.

In addition, sources at Abu Yousef Najjar hospital in Rafah, said the soldiers shot a young man in the leg, causing a moderate injury.

In related news, the soldiers fired dozens of live rounds, and many flares, into areas east of Gaza city, and in Jabalia in northern Gaza, in addition to east of the al-Boreij refugee camp, in central Gaza.

Furthermore, an Israeli military drone fired a missile at Palestinians east of the al-Boreij refugee camp, but the missile did not explode.

At least three Palestinians sustained injuries at nightfall Sunday after they were hit with Israeli bullet fire east of Khan Younis and Rafah, to the south of Gaza Strip.

A PIC news correspondent said Israeli patrols opened fire at a group of Palestinians maintaining peaceful vigil in al-Awda refugee camp near the border fence, injuring two of them.

A third was also injured in a similar attack east of Rafah.

The injured persons, including a journalist, were evacuated to the Abu Youssef al-Najjar Hospital for treatment.

Meanwhile, an Israeli drone targeted a motorcycle east of Al-Boreij. No initial casualties were reported during the incident.

T he Great March of Return was launched on 30th March in five camps installed along Gaza's border with the 1948 occupied Palestinian territories.

The march mainly calls for lifting the 12-year-long blockade on Gaza, and for allowing Palestinian refugees to return to their lands from which they were expelled in 1948 as stipulated by UN resolutions, particularly Resolution 194 which provides for return or compensation.

Since Gaza border protests started, 184 Palestinians have been killed, 27 of whom are children, and over 19,000 injured by the Israeli army.
Israeli minister urges assassination of Palestinian leaders

Erdan vowed that the Israeli army will step up aggressions against Hamas no matter the cost.

Sometime earlier, Israeli lawmaker Haim Jelin called for launching attacks against Hamas resistance fighters so as to force the group to yield in to a long-term ceasefire in response to an alleged incendiary balloon dropped at his home in Kibbutz settler community, near Gaza’s border area.
Israeli gunboats open fire at Gaza fishermen

Local sources said that Israeli gunboats unleashed heavy barrages of machinegun fire on Gaza fishermen, but no injuries were reported.

Israeli navy targets Gaza fishermen almost on a daily basis in a blatant violation of a ceasefire agreement struck between the Israeli occupation and Palestinian resistance groups following the 2014 assault on the Gaza Strip.
Palestinians injured as IOF attacks protesters at Gaza border

A number of Palestinian youths were injured when the Israeli occupation forces (IOF) opened fire at Palestinians demonstrating late on Saturday at Gaza border.

Head of ambulance department at al-Shifa Hospital Ayman al-Sahbani said that two Palestinian youths were wounded by live ammunition while another suffered breathing difficulty as a result of inhaling teargas.

The PIC reporter said that dozens of Palestinian youths carried out a night demonstration along Gaza's border with the 1948 occupied Palestinian territories.

The demonstrators set car tires on fire and launched fire balloons and fireworks as a way of protest, he added.

The PIC reporter said that the IOF showered the protesting youths with live ammunition and teargas canisters injuring some of them.
Child Dies From Serious Wounds Suffered On August 3

The Palestinian Health Ministry in the Gaza Strip has reported that a child died, Saturday, from serious wounds he suffered of August 3rd after Israeli soldiers shot him in Khan Younis, in the southern part of the coastal region.

The Health Ministry said the child, Soheib Abdul-Salam Abu Kashef, 16, was shot with live Israeli army fire, and remained in a serious condition until he succumbed to his wounds at the Gaza European Hospital.

On the day of his serious injury, the Health Ministry said the soldiers engaged in the excessive use of force against the nonviolent “Great Return March” in Gaza, on its nineteenth consecutive week, killing a young man, identified as Ahmad Yahia Atallah Yaghi, 25, and wounding 220 Palestinians, including 90 who were shot with live fire.

On Friday, September 14, 2018, the Israeli army Killed three civilians, including a child, and Injures 148, Including 19 children, five Women and five paramedics, the Palestinian Center for Human Rights (PCHR) has reported.

It is worth mentioning that the soldiers attacked, Saturday, Palestinian protesters in several areas in the eastern part of the Gaza Strip.

The soldiers fired many live rounds and gas bombs at protesters near the fence in Abu Safiyya area, east on Jabalia, in northern Gaza, causing many to suffer the effects of teargas inhalation.

In addition, the army claimed that a number of protesters hurled stones and Molotov cocktails in several areas near the perimeter fence, and launched what the military called “incendiary balloons” into Keryat Gat colony.
15 sept 2018
Israeli tanks attack UNRWA school in southern Gaza
Three Palestinians were killed by Israeli gunfire during the Great March of Return protests on Friday, according to Gaza Ministry of Health.

The martyrs were identified as Mohammed Shaqoura, 21, Shadi Abdulal, 12, and Hani Afana, 21.

Israeli forces have shot dead three Palestinians during clashes with anti-occupation protesters at the fence separating the besieged Gaza Strip from the occupied territories.

The Gaza Health Ministry said Shadi Abdul Aziz Mahmoud Abdulal, a 12-year-old boy, was killed after Israeli forces shot him in the head east of the city of Jabalia in the besieged Gaza Strip on Friday.

Many injuries were also reported during the Friday's clashes. Children were among the casualties.

Tensions have been running high near the fence since March 30, which marked the start of a series of protests dubbed “The Great March of Return.”

Palestinian protesters demand the right to return for those driven out of their homeland.

The clashes in Gaza reached their peak on May 14, the eve of the 70th anniversary of Nakba Day, or the Day of Catastrophe, which coincided this year with Washington's relocation of the US embassy from Tel Aviv to occupied Jerusalem al-Quds.

Israeli fire has taken the lives of nearly 175 Palestinians since March 30. More than 19,000 Palestinians have also sustained injuries.

On June 13, the United Nations General Assembly adopted a resolution, sponsored by Turkey and Algeria, condemning Israel for Palestinian civilian deaths in the Gaza Strip.

Gaza has been under Israeli siege since June 2007, causing a decline in living standards as well as unprecedented unemployment and poverty.

Israel has also launched several wars on the Palestinian sliver, the last of which began in early July 2014 and ended in late August the same year. The Israeli military aggression killed nearly 2,200 Palestinians and injured over 11,100 others. 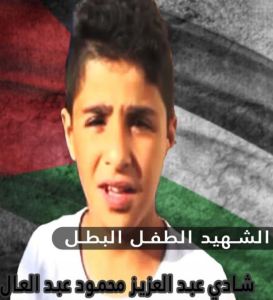 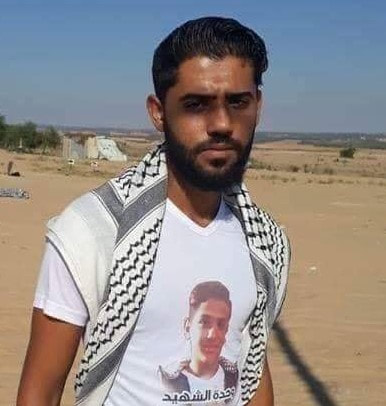 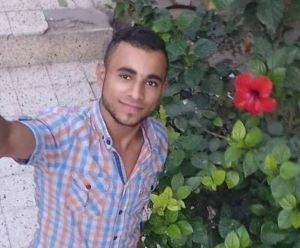 Three Palestinians, including a child, were killed on Friday when the Israeli occupation forces attacked Gaza border protests with live ammunition and teargas canisters.

According to Gaza Ministry of Health, the martyrs were identified as Shadi Abdulal, 12, Hani Afana, 21, and Mohammed Shaqoura, 21.

About 250 Palestinians, including 18 children and two medics, suffered different injuries, the Ministry said.

Thousands of Palestinians on Friday afternoon took part in the protests of the 25th Friday of the Great March of Return under the slogan "resistance is our choice".

The PIC reporter said that the protesters burned dozens of car tires in an effort to block the view of Israeli snipers.

Higher National Committee for the Great March of Return and Breaking the Siege said that this Friday's protests were organized under the slogan "resistance is our choice" to confirm the Palestinian people's rejection of the Oslo Accords and the US-backed Deal of the Century.

The Great March of Return was launched on 30th March in five camps installed along Gaza's border with the 1948 occupied Palestinian territories.

The march mainly calls for lifting the 12-year-long blockade on Gaza, and for allowing Palestinian refugees to return to their lands from which they were expelled in 1948 as stipulated by UN resolutions, particularly Resolution 194 which provides for return or compensation.

Since Gaza border protests started, 184 Palestinians have been killed, 27 of whom are children, and over 19,000 injured by the Israeli army.
Israeli Soldiers Invade Lands Near Khan Younis

Israeli soldiers carried out, on Friday morning, a limited invasion into Palestinian lands east of the al-Qarara town, east of Khan Younis, in the southern part of the Gaza Strip.

WAFA added that the vehicles came from Kissufim military base, across the border fence.

The invasion is part of ongoing violations against the Palestinians and their lands in the besieged Gaza Strip.
13 sept 2018
Israeli Navy Abducts Three Fishermen In Gaza

Zakariya Bakr, a Palestinian fisherman who witnessed the attack, said the Israeli navy boats chased a small boat with three fishermen on board, near the shore of Gaza Sea, and fired many live rounds at them.

He added that the navy abducted the three fishermen, identified as the boat owner, Mohammad Abdul-Razeq Bakr, in addition Omran Mohammad Bakr, and Mohammad Mohammad Bakr.

The three fishermen, and their boat, were taken to an unknown destination.

The attack is part of ongoing Israeli violations against the Palestinians in the besieged and improvised Gaza Strip.
Israeli bulldozers infiltrate Gaza, gunboats fire at fishermen

Israeli army bulldozers on Thursday morning infiltrated into a Gaza border area, while Israeli gunboats opened fire at fishing boats off the northern coast of Gaza.

Every once in a while, such bulldozers enter border areas in Gaza and embark on leveling tracts of land.

In a separate incident, Israeli gunboats at dawn opened machinegun fire at fishing boats during their presence within three nautical miles off the shores of al-Sudaniya area in northern Gaza.

The intensity of shooting forced the fishermen to return ashore.
Gazan wounded by Israeli gunfire in northern Gaza

According to local sources, Israeli soldiers opened fire at a group of young men near the border fence between Gaza and the 1948 occupied lands, and wounded one of them.

The injured young man was transferred to Beit Hanoun hospital.

Earlier, the Hebrew media claimed a group of youths tried to breach the border fence in northern Gaza, prompting soldiers to shoot at them.
12 sept 2018
Israeli navy opens fire at fishermen in northern Gaza

Israeli naval forces opened fire on a number of Palestinian fishing boats off the northern coast of the besieged Gaza Strip, on Wednesday morning.

No injuries were reported from the incident.

The Israeli army regularly detains and opens fire on unarmed Palestinian fishermen, shepherds and farmers along the border areas if they approach the unilaterally declared buffer zone.

Israeli human rights group B'Tselem confirmed that Israel's Gaza closure and "harassment of fishermen" have been "destroying Gaza's fishing sector," with 95 percent of fishermen living below the poverty line.

Meanwhile, Israeli forces opened fire at a group of Palestinian youths near the return camps east of Gaza City. No injuries were reported.
10 sept 2018
49 Palestinians injured in protests at Gaza border
Hammad stressed that Palestinians in Gaza will continue their protests until they achieve their goals and restore their usurped rights.