“The Great March of Return” 263 killed

Update: One Palestinian, identified as Ramzi Rawhi ‘Abdo, 31, died from serious wounds he suffered, Friday, after the soldiers shot him with a live round in the head, east of al-Boreij in central Gaza.

The Palestinian Center for Human Rights (PCHR) has reported that the soldiers killed Ra’ed Khalil Abu Teir, 19, after shooting him with a live round in the abdomen, east of Khan Younis, in the southern part of the Gaza Strip.

It is worth mentioning that the slain Palestinian was still recovering from an in injury he suffered, last Friday, when the soldiers shot him with a live round in the leg, and was not near the fence when he was killed.

Abu Teir was among hundreds of Palestinians, including women and children, who were near the tents of the Great Return March encampments, hundreds of meters away from the fence.

The PCHR stated that there were only a few incidents where a limited number of protesters attempted to approach the fence, and threw stones at the soldiers.

The PCHR added that the soldiers resorted to the excessive use of force against the unarmed protesters, on the 57th Friday of the Great Return March and Breaking the Siege, killing Abu Teir, and wounding 82 others.

It also confirmed that among the wounded are 34 children, five women, three paramedics and two journalists, who were all injured in several areas in the eastern parts of the coastal region.

Four of the injured Palestinians, including one girl, suffered serious wounds.

The soldiers were stationed in their sniper posts, and armored military jeeps across the perimeter fence, and fired a barrage of live rounds, rubber-coated steel bullets and high-velocity gas bombs at the unarmed protesters.

The soldiers injured the three paramedics while trying to provide treatment to wounded Palestinians east of Jabalia in northern Gaza, in addition to al-Boreij in central Gaza, and in Gaza city.

In addition, the soldiers also targeted a Palestinian ambulance with a high-velocity gas bomb east of Rafah, in the southern part of the Gaza Strip.

The PCHR denounced the systematic Israeli policy of targeting medical personnel and obstructing their humanitarian wok in direct violation of International Law.

According to PCHR data and documentation of the ongoing Israeli excessive use of force against the Great Return March processions, which started on Palestinian Land Day March 30th 2018, the soldiers killed 204 Palestinians, including 44 children, 2 women, 3 medics, 2 journalists and 8 persons with disabilities.

The following table shows the number of civilian casualties due to the Israeli forces’ suppression of the Great March of Return as published by the PCHR in its report this Friday: (This report was issued before Ramzi Rawhi Abdo died from his wounds, therefore, the number of slain Palestinians is now 205)

Note:  Among those wounded, 548 are in serious condition and 137 had their lower or upper limbs amputated; 123 lower-limb amputations, 14 upper-limb amputations, and 25 children had their limbs amputated according to the Ministry of Health.  The number of those wounded only include those wounded with live bullets and directly hit with tear gas canisters, as there have been thousand others who suffered tear gas inhalation and sustained bruises.
Three Palestinians killed in Israeli attacks on Gaza

Three Palestinian citizens were killed on Friday in different Israeli attacks on the Gaza Strip.

The Palestinian Ministry of Health in Gaza said that Abdullah Abu Mallouh, 33, and Alaa al-Boubali, 29, were killed in an Israeli airstrike on a Hamas resistance post. 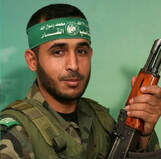 Israeli tanks stationed at the border later heavily opened fire at the Great March of Return camps east of al-Bureij refugee camp in the middle area of the Gaza Strip.

Earlier in the day, the Israeli occupation army announced that two of its soldiers were injured in a shooting attack on their patrol near Gaza border. 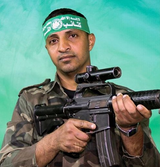 Thousands of Palestinians marched along the border between the Gaza Strip and the 1948 occupied Palestinian territories on the 57th Friday of the Great March of Return.

The Gaza Strip Palestinians launched the Great March of Return on 30 March 2018 to demand the return of Palestinian refugees and call for ending the 13-year-long blockade on the coastal enclave.

Since the start of the border protests, the Israeli occupation army has killed 285 protesters and injured over 32,000 others.
Egypt summons Hamas officials in fear of escalation on Gaza border

Egyptian mediators urgently summoned senior Hamas movement officials, including Yahya Sinwar, the head of its politburo in Gaza, and senior members of the Palestinian Islamic Jihad movement, to the Egyptian capital of Cairo, on Friday.

According to Hebrew-language news outlets, Egyptian mediators summoned senior Hamas and Islamic Jihad officials to Cairo, in an attempt to prevent an escalation along the Gaza border with Israel.

Sources added that the summon came after Israeli warplanes carried out airstrikes, targeting a number of Hamas sites in northern Gaza, "in response" to the launching of incendiary balloons and explosive objetcs by Palestinians from the besieged Gaza Strip into southern Israel.

Palestinians in Gaza view the incendiary kites as a form of protest against Israel's nearly 12-year blockade of Gaza and for Palestinian refugees right of return to their homes and lands which are now known as Israel.
2 may 2019
Gaza fires missiles towards southern Israel

One missile was fired towards Sderot, while the other was fired at Hanegev.

Sources confirmed no injuries nor material damages were reported.

Earlier, Israeli warplanes carried out several airstrikes “in response” to alleged incendiary balloon launches by Palestinians from Gaza towards southern Israel.
30 apr 2019
Wounded Palestinian, Who Burnt Him Self Demanding Medical Care, Dies In Gaza
He was shot while participating in the Great Return March processions by soldiers, stationed across the perimeter fence, near Abu Safiyya area, east of Jabalia in northern Gaza.

His family said that they have appealed for help from several parties in the Gaza Strip, including Hamas ruling party, in addition to Palestinian President Mahmoud Abbas in the West Bank, to ensure his transfer to a hospital in Egypt or any other country.

According to his sister said, the family tried to transfer him for treatment in Egypt but was denied entry by the Egyptian Authorities.
27 apr 2019
On 56th Friday of Great March of Return and Breaking Siege, Israeli Forces Wound 110 Civilians, including 37 Children, 3 Women, 4 Paramedics, and Journalist

On Friday, 26 April 2019, in excessive use of force against peaceful protesters on the 56thFriday of the Great March of Return and Breaking the Siege, Israeli forces wounded 110 civilians, including 37 children, 3 women, 4 paramedics, and a journalist, in the eastern Gaza Strip.  Two of those wounded sustained serious wounds.

According to observations by PCHR’s fieldworkers, the Israeli forces who stationed in prone positions and in military jeeps along the fence with Israel continued to use excessive force against the protesters by firing bullets and tear gas canisters at them.

As a result, dozens of the protesters were hit with bullets and teargas canisters without posing any imminent threat or danger to the life of soldiers.

At approximately 16:00, thousands of civilians, including women, children and entire families, started swarming to the five encampments established by the Supreme National Authority of Great March of Return and Breaking the Siege adjacent to the border fence with Israel in eastern Gaza Strip cities.

Hundreds of protesters, including children and women,  gathered adjacent to the border fence with Israel in front of each encampment and its vicinity tens  and hundreds of meters away from the fence. The protesters chanted slogans, raised flags, and in very limited incidents attempted to approach the border fence and throw stones at the Israeli forces.

Although the protesters gathered in areas open to the Israeli snipers stationed on the top of the sand berms and military watchtowers and inside and behind the military jeeps, the Israeli forces fired live and rubber bullets in addition to a barrage of tear gas canisters.

The Israeli shooting, which continued at around 19:00, resulted in the injury of 110 civilians, including 37 children, 3 women, 4 paramedics, and a journalist.

Ninty-five of those wounded were hit with live bullets and shrapnel, 43 were directly hit with tear gas canisters and 8 were hit with rubber bullets.

In addition, dozens of civilians suffered tear gas inhalation and seizures due to tear gas canisters that were fired by the Israeli forces from the military jeeps and riffles in the eastern Gaza Strip.

The following table shows the number of civilian casualties due to the Israeli forces’ suppression of the Great March of Return since its beginning on 30 March:

PCHR stresses that the Israeli forces should stop using excessive force and respond to the legitimate demands of the demonstrators, particularly lifting the closure which is the real solution to end the humanitarian crisis in the Gaza Strip.

PCHR reiterates the reported published in February by the UN Commission of Inquiry which emphasizes what came by PCHR and other Palestinian and international human rights organizations.  The report at the time concluded that the Israeli violations may amount to war crimes and crimes against humanity.

PCHR emphasizes that continuously targeting civilians, who exercise their right to peaceful assembly or while carrying out their humanitarian duty, is a serious violation of the rules of international law, international humanitarian law, the ICC Rome Statute and Fourth Geneva Convention.

Thus, PCHR reiterates its call upon the ICC Prosecutor to open an official investigation in these crimes and to prosecute and hold accountable all those applying or involved in issuing orders within the Israeli Forces at the security and political echelons.

PCHR calls upon Switzerland, in its capacity as the Depository State for the Convention, to demand the High Contracting Parties to convene a meeting and ensure Israel’s respect for this Convention, noting that these grave breaches constitute war crimes under Article 147 of the same Convention and Protocol (I) Additional to the Geneva Conventions regarding the guarantee of Palestinian civilians’ right to protection in the occupied territories.