“The Great March of Return” 246 killed

Adalah and Al Mezan appeal to Israeli Supreme Court against lower court ruling finding that Gazans may be denied compensation for damages because Gaza is defined by law as an ‘enemy territory’.

Israeli military forces shot Palestinian high school student Attiya Nabaheen on his 15th birthday in the front yard of his family home in the Gaza Strip on 16 November 2014. Nabaheen was returning from school. He was not armed and was not involved in any violence.

As a result of the shooting, Nabaheen was paralyzed and confined to a wheelchair for the rest of his life.

In November 2018, Israel’s Be’er Sheva District Court rejected a case filed by Adalah – The Legal Center for Arab Minority Rights in Israel and Al Mezan Center for Human Rights on behalf of the Nabaheen family against the Israeli military for the shooting and wounding of their son. The court ruled that the state is not liable for damages because Palestinians in Gaza are not entitled to seek compensation from Israel as they live in an “enemy entity”.

According to Article 5/B-1 of Amendment No. 8 of Israel’s Civil Wrongs Law (State Responsibility) Law of 1952, which was enacted in 2012, residents of a territory declared by the Israeli government as “enemy territory” – as Gaza was declared in 2007 – are not eligible to seek compensation from Israel for any reason.

Adalah and Al Mezan appealed this ruling [pdf] to the Israeli Supreme Court on 7 February 2019, arguing that the lower court’s decision and the amendment to the law violate both Israeli and international law, which require that protected civilians be entitled to effective legal remedies. The human rights organizations demand that the Supreme Court overturn the ruling of the Be’er Sheva District Court and find Amendment No. 8 unconstitutional.

Amendment No. 8 to Israel’s Civil Wrongs Law adopts the doctrine of “enemy aliens”, which was prohibited under international law in the aftermath of World War II.

The “enemy alien” doctrine – which determines that any individual situated in a territory declared as “enemy territory” is to be considered an enemy – was prohibited because of its racist and dangerous nature. This doctrine denies human rights and allows harm to civilians based solely upon their ethnic and national affiliation. It also stands in stark and flagrant violation of the “principle of distinction” which is the basis for customary international law governing the rules of war.

“By confirming the constitutionality of the law, the lower Israeli court ruling grants sweeping de facto immunity to Israeli military forces for any harm that they cause to Gaza’s civilian population – even if such harm is caused by negligence, and even if it doesn’t take place during wartime or in a combat situation. Such a sweeping law is illegal.”

Amendment #8 essentially means that Israeli soldiers and state authorities are immune from damage claims and paying compensation to persons harmed if they are: 1) acting within a ‘combat situation’; and 2) acting in or against an “enemy territory”, even if they violate domestic and international law and cause harm to civilians. It renders state responsibility, as well as the victims’ inherent rights to a remedy, meaningless.

“For many years Amendment No. 8 has denied Palestinian victims in Gaza access to remedies they are entitled to, as the law provides that Israel isn’t liable for acts performed during combat actions of the military. Over the years, this exception has been expanded, and it applies regardless of the legality of the army’s conduct. Worse, the court ruling deems all Gaza residents, including civilians like the teenager Attiya Nabaheen, ineligible for compensation merely because of where they reside. Amendment No. 8 contradicts the principles of the rule of law and justice, and must be cancelled.”
Child shot by Israeli forces in Gaza dies

A Palestinian child on Tuesday evening succumbed to wounds he sustained after being shot by the Israeli occupation forces in the Great March of Return.

The Palestinian Ministry of Health in the Gaza Strip in a brief statement announced that Hasan Noufal, 17, was directly hit with a tear gas bomb east of al-Bureij refugee camp on Friday.

Two Palestinian children were shot dead by the Israeli forces on the same day: Hasan Shalabi, 14, and Hamza Shtewi, 17.

Since the start of Gaza border protests on 30 March, the Israeli occupation army has killed 265 Palestinians, and injured nearly 27,000, at least 500 of whom are in critical condition.
12 feb 2019
Palestinians injured as Israel suppresses weekly naval protest in Gaza

Thousands of Palestinian protesters gathered earlier Tuesday at the northern borders of the Gaza Strip to take part in protests in an attempt to break the siege imposed on the Gaza Strip.

Tensions have been running high near the border fence since March 30, which marked the start of a series of protests dubbed “The Great March of Return.”
Palestinians injured as IOF attacks Gaza night marches

Dozens of Palestinian youths on Monday night marched along the eastern border of the Gaza Strip as part of the Great March of Return.

Local sources said that the marching youths burned car tires and launched fireworks during the night demonstrations that were resumed for the second day in a row after months of suspension.

The Israeli occupation forces (IOF) heavily fired live ammunition and tear gas bombs at the youths, the sources added. Many of them suffered breathing difficulties and were treated in the field.

The Great March of Return's night demonstrations were halted in November after Israel had vowed to ease the blockade imposed on the Gaza Strip for over 13 years by expanding the fishing zone, allowing Qatari financial aid into the enclave, and offering other facilities.

The night confusion units say that their goal is to confuse the IOF soldiers stationed at the border and keep them on permanent alert.
11 feb 2019
UN envoy slams Israel’s murder of Gaza children

In a tweet, Mladenov said he was appalled by Israel’s murder of two children last Friday.

He called on Israel to immediately end deadly shooting of Palestinian children, saying: “Children should not be used as targets; they must be protected."

The UN official spoke out against Israel’s arbitrary use of lethal force and expressed his heartfelt sympathy with the children’s families.

Hamza Shtewi, 17, and Hasan Shalabi, 14, who were shot dead by Israeli soldiers on Friday during the Gaza March of Return border protests, were laid to rest on Saturday in the blockaded Gaza Strip.

The two casualties were killed on Friday by Israeli bullet fire. Several others also suffered various kinds of injuries from bullets fired by soldiers stationed on the Gaza border.
Israeli forces open fire at Palestinians on Gaza border

Dozens of Palestinian youths marched along the eastern border of the Gaza Strip to take part in the Great March of Return's night demonstrations which were resumed on Sunday after months of suspension.

A number of Palestinian youths suffered breathing difficulties as a result of inhaling tear gas, the PIC reporter said.

Member of the Higher National Committee for the Great March of Return and Breaking the Siege, Maher Mezher, said in statements to the PIC that Gaza border protests will continue until their achieve their goals, mainly breaking the 14-year-long blockade on the seaside area.
WHO: $32m Needed to Address Humanitarian Needs in the oPt

“13,174 were treated and discharged from the Trauma Stabilization Points (TSPs) and the remaining 14,768 casualties were transferred to MoH and NGO hospitals. 6,386 people had live ammunition gunshot wounds, of which 5,561 (87%) presented limb gunshot wounds.”

The report additionally said that, as the current fuel reserve for hospitals declines, mitigation measures continue to affect the health system, such as reduced sterilization, diagnostic imaging, cleaning, laundry and catering services.

However, the Electricity Distributing Company has connected some of the hospitals with extra grid lines, which has in turn decreased the dependency on fuel to run-backup generators; in addition, ad-hoc donations from various charities have prevented the closure of hospitals.

Meanwhile, the Ministry of Health continues to highlight the potential threat facing the health sector, should the remaining fuel gets completely depleted.

The report added that chronic shortages of pharmaceuticals and medical supplies at all facility levels continue to pose major challenges for health services, saying that the Health Cluster requires $32 million USD to response to humanitarian needs in the oPt.

The Humanitarian Response Plan for the Health Cluster will target 900,000 people out of the 1.2 million identified as acutely in need of humanitarian health assistance.
10 feb 2019
UNICEF strongly condemns murder of Palestinian children by Israel army

UNICEF said it is deeply saddened by the killing of two children, aged 13 and 17 years old, shot on Friday by the Israeli occupation army near the border fence of the blockaded Gaza Strip.

“The exact circumstances of their death are under verification”, said UNICEF in a Saturday statement. “This brings the number of Palestinian children killed this year to four.”

"This is another stark reminder of the significant violence that children in the State of Palestine continue to endure. As we mark 30 years since the Convention on the Rights of the Child, it is essential that the fundamental rights of children be respected”, stated UNICEF.

"It is time that violence against children ends. For years, children in the State of Palestine and Israel have suffered not only physically but have also borne the brunt emotionally”, the UN organization said.

"Children are children. They must be protected at all times. Children should never be a target. Nor should they be exposed to any form of violence, by any party", it added.

During the 46th week of the Great Return March demonstrations in Gaza, the Israeli forces continued to use lethal and other forms of excessive force on Palestinian protesters. The documentation by AlMezan Center for Human Rights shows that on Friday, 8 February 2019, Israeli forces killed two children and injured 104 protesters, including 43 children, five women, and one paramedic—of them 22 by live ammunition and 48 by tear gas canisters. One protester was seriously wounded.

AlMezan added that since the start of the protests on 30 March 2018, 265 Palestinians have been killed in the Gaza Strip. Of the total fatalities, 188 were killed at the protests, including 38 children, two women, two journalists, three paramedics, and eight persons with disability, including one child. Another 14,378 persons have been wounded, including 3,058 children, 630 women, 171 paramedics, and 149 journalists. Of those wounded, 7,635 were hit by live fire, including 1,426 children and 152 women. The Israeli forces continue to keep the bodies of 11 fatalities, including three minors.
8 feb 2019
Two Palestinian teens killed by IOF fire at Gaza border

Two Palestinian minors were killed by Israeli forces, while 17 others suffered injuries, on Friday, during “The Great March of Return” protests along the eastern Gaza border.


The Palestinian Ministry of Health in Gaza confirmed that Hassan Iyad Shalbi, 13, and Hamza Muhammad Rashdi Ishteiwi, 17, were shot and killed by Israeli forces, while 17 others suffered various injuries. 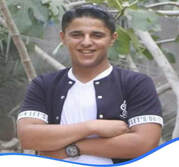 Additionally, Israeli forces sprayed sewage water at the protesters to disperse them and targeted a vehicle belonging to the Palestinian Civil Defense with tear-gas bombs.

"The Great March of Return" protests were launched on March 30th by thousands of Palestinian civilians in Gaza -- which has suffered from a decade-long Israeli siege -- who took to the borders to demand their right of return as refugees to their original homelands, now in present-day Israel.
7 feb 2019
Palestinian Child Loses Eye to Israeli Sniper
3 feb 2019
Gazan shot by Israeli forces succumbs to his wounds

Gaza's Ministry of Health announced that a Palestinian man died on Sunday evening from wounds he sustained during Gaza coast marches.

Spokesman for the Ministry of Health Ashraf al-Qedra said that Ahmad Abu Jabal, 30, was seriously injured by Israeli gunfire on Tuesday.

Gaza coast marches in recent months have been a major part of the Great March of Return which was launched on 30 March along the eastern border.