“The Great March of Return” 258 killed 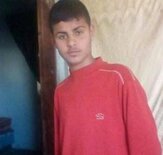 Thousands of Palestinians on Saturday marched along the eastern border of the Gaza Strip to mark the first anniversary of the Great March of Return.

The Ministry of Health announced that four protesters were killed by Israeli gunfire, and 316 were injured, including 86 children, 29 women, 3 medics, and 6 journalists.

The martyrs were identified as Mohammed Saad, 20, Adham Amara, Tamer Abu al-Kheir, and Belal al-Najjar. The three are aged 17.

A general strike was announced by the Higher National Committee for the Great March of Return and Breaking the Siege earlier in the day in all Gaza institutions in commemoration of the Palestinian Land Day and the first anniversary of the border demonstration.

Spokesman for the Gaza Ministry of Interior and National Security Iyad al-Bozom said in a statement that the ministry deployed 8,000 of its security forces along the border to help and protect the demonstrators.

The Palestinians launched the Great March of Return on 30 March 2018 on the border between the Gaza Strip and the 1948 occupied territories to demand the refugees right to return and call for lifting the 13-year-long blockade on Gaza.

The Israeli occupation army have met the peaceful protesters with excessive force, killing 278 and injuring over 31,000, about 500 of whom are in critical condition.
Land Day: Israeli Soldiers Kill Three Palestinians, Injure 316, In Gaza
On Saturday evening, the Health Ministry in Gaza said the soldiers killed Tamer Hashem Abu al-Kheir, 17, after shooting him with a live round in the chest, east of Khan Younis, in the southern part of the coastal region.

His death came just hours after the soldiers killed Adham Nidal ‘Amara, 17, who was fatally shot during the processions east of Gaza city.

Among the injured Palestinians are three medics and six journalists, while the soldiers also caused damage to three ambulances.

In its latest report, the Health Ministry in Gaza said:

Deaths: Injuries: The soldiers shot 316: Cause of injuries: The area of injury in the body: Injuries by governorate:
Update 2: “Army Kills Two Palestinians, Injures 112 In Gaza”

The Palestinian Health Ministry has reported that Israeli soldiers killed, Saturday, two Palestinians, and injured 112, including at least 13 with live fire, among them two who suffered life-threatening wounds.

The two slain Palestinians have been identified as Adham Nidal ‘Amara, 17, and Mohammad Jihad Sa’ad, 20, east of Gaza city.

The Health Ministry said that among the wounded are thirteen children and four women, and added that two of the wounded Palestinians suffered serious wounds, 25 moderate injuries, and 32 who were mildly wounded.

59 of the wounded Palestinians were rushed to hospitals, and the rest were treated in the filed clinics.

It stated that 13 Palestinians were shot with live rounds, four with rubber-coated steel bullets, four were injured by shrapnel, seven were shot with gas bombs, and 14 suffered various cuts and bruises.

Seventeen of the wounded were injured in the neck and face, 10 in the upper extremities, 2 in the back and chest, 4 in the pelvis and abdomen, 19 in the lower extremities, 6 suffered the effects of teargas inhalation, and one who suffered wounds to various parts of the body.

Eleven of the wounded Palestinians were injured in northern Gaza, 12 near Gaza city, 16 in the central district, 5 in Khan Younis, and 15 in Rafah, in southern Gaza.

The army also targeted many medics and ambulances, wounding two medics and causing damage to one ambulance.

Injuries as detailed by the Health Ministry: Causes Of Injuries: Locations: Updated From:
Updated: Israeli Soldiers Kill One Palestinian, Injure 99, In Gaza
Mar 30, 2019 @ 13:05

The Palestinian Health Ministry has reported that a young man died, on Saturday morning, after Israeli soldiers shot him with a live round during a protest, east of Gaza city.

Update: The soldiers shot seven Palestinians, and caused dozens to suffer the effects of teargas inhalation, across the perimeter fence in the eastern parts of the Gaza Strip.

The Palestinian Health Ministry in Gaza said medics have provided treatment to 99 Palestinians.

The protests are still ongoing in several areas of the Gaza Strip, especially east of Gaza city, Jabalia in northern Gaza, al-Boreij in central Gaza, in addition to Khan Younis and Rafah, in the southern part.

Dr. Ashraf al-Qedra, the spokesperson of the Health Ministry in Gaza, said the Palestinian, Mohammad Jihad Sa’ad, 20, was killed after the soldiers fired live rounds at Palestinian protesters on their lands near the perimeter fence.

He said the Palestinian was killed after being struck with a bullet shrapnel in the head, near the perimeter fence, east of Gaza city.

Mohammad was from the Sheja’eyya neighborhood in Gaza city; his corpse was moved to the Shifa Medical Center.

It is worth mentioning that Mohammad was injured several times since the beginning of the Great Return March procession a year ago.

In related news, the soldiers shot and injured at least eleven other Palestinians, including a child, 13, who was shot with a rubber-coated steel bullet in the head, during the ongoing Saturday protests in several parts of the Gaza Strip.

Dozens of thousands of Palestinians started gathering on lands near the perimeter fence, marking Palestinian Land Day, and the first anniversary since the beginning of the Great Return March.

Media sources in Gaza said that National Committee for Breaking the Siege has called for a million-person march, marking Land Day, and the first anniversary of the Great Return March, demanding lifting the siege on Gaza, the internationally-guaranteed Right of Return, the liberation of Palestine and independence.

The Committee also called for a comprehensive strike, which includes schools and universities, across the besieged Gaza Strip.

It is worth mentioning that the Health Ministry in Gaza has declared the readiness of its emergency centers and hospitals.

A 20-year-old Palestinian succumbed to his wounds, on Saturday morning, that he had sustained during Friday night protests, also known as “Night Confusion,” east of Gaza City in the central besieged Gaza Strip.

The Palestinian Ministry of Health confirmed, in a statement, that Muhammad Jihad Saad, 20, was injured in the head with bullet shrapnel, and transferred to the al-Shifa Hospital for medical treatment, where he was pronounced dead on Saturday morning.

At least 11 Palestinians were injured alongside the eastern border fence of the Gaza Strip during "Night Confusion" protests.

For several weeks, hundreds of Palestinian protesters, have been organizing, as well as participating in night protests, during which they set tires on fire and chant slogans through loud speakers, while marching towards the border with Israel. These protesters are also known as the "Night Confusion" unit.

Additionally, the ministry declared that all emergency departments of the Gaza Strip are prepared for Land Day protests across the besieged enclave as it also marks the 1 year anniversary for "The Great March of Return" protests that launched on March 30th, 2018 by thousands of Palestinian civilians in Gaza -- which has suffered from a decade-long Israeli siege -- who took to the borders to demand their right of return as refugees to their original homelands, now in present-day Israel.
Israeli Soldiers Injure Many Palestinians In Al-Biereh

Israeli soldiers injured, on Saturday afternoon, several Palestinians, during protests marking the Palestinian Land Day, at the northern entrance of al-Biereh city, in the central West Bank governorate of Ramallah and al-Biereh.

They added that the soldiers shot three Palestinians with rubber-coated steel bullets, and caused dozens to suffer the effects of teargas inhalation.

The soldiers also attacked many journalists, and used force while attempting to remove them from the area, to prevent them from documenting the protests.
Million-person march sets off in Gaza on Land Day

Injuries were reported among thousands of Palestinians who marched to the eastern borders of the besieged Gaza Strip, on Saturday, in commemoration of Land Day and as "The Great March of Return" protests mark one year.

More than 1 million Palestinians are expected to take part in Land Day protests, also marking the one year anniversary of "The Great March of Return," as the National Committee for Breaking the Siege had called for a million-person march.

"The Great March of Return" had begun on March 30th, 2018, by thousands of Gazans demanding their right of return as refugees to their original homelands, now in present-day Israel.

The Palestinian Ministry of Health in Gaza reported that a 13-year-old Palestinian was injured in the head with a rubber-coated steel bullet in Khan Younis.

Thousands of Palestinians arrived at the eastern borders two hours earlier than the scheduled time for protests, waving Palestinian flags and chanting slogans.

The National Committee for Breaking the Siege deployed hundreds of volunteers to help maintain the safety of protesters.

The ministry declared the readiness of all emergency departments across the Gaza Strip in preparation for protests.

Comprehensive strike was observed across all cities and refugee camps of the Gaza Strip upon call by the committee; stores and shops closed their doors while schools and universities were suspended.
Israeli Reinforcements Deployed near Gaza, Ahead of Return March Anniversary

On the eve of the first anniversary of the “Great March of Return” protests, Israeli soldiers and tanks have been deployed near the fence separating the Israeli occupation from the besieged Gaza Strip.

The reinforcements were deployed on Friday morning, as Gazans planned to stage a massive protest, on Saturday, to commemorate the first anniversary of the demonstrations, in the course of which Israeli soldiers have killed over 260 Palestinians.

Israeli Prime Minister Benjamin Netanyahu threatened, on Thursday, that Tel Aviv would wage a broad military campaign on Gaza, if needed, after a two-day flare-up of cross-border fighting that has left several people injured on both sides.

The “Great March of Return” protests demand the right to return, for those driven out of their homeland by Israeli aggression. They started on March 30th of last year. Tensions have since been running high on the edge of Gaza. At least 26,000 Palestinians have also been wounded in the protests, according to the Gaza Health Ministry.

A United Nations (UN) fact-finding mission found that Israeli forces committed rights violations, during their crackdown against the Palestinian protesters in Gaza, that may amount to war crimes.

Egypt, the UN, and others have been trying to broker a deal to limit the level of violence, PNN further reports.

“All Israelis should know that if a comprehensive campaign is required, we will enter it strong and safe, and after we have exhausted all of the other possibilities,” Netanyahu said, after visiting the Gaza frontier, where he met some Israeli commanders.

His comments came after two consecutive nights of heavy Israeli bombardments, which wounded several Palestinians but were responded to with a rocket attack from the enclave. The attack wounded seven Israelis in Mishmeret, an agricultural town north of Tel Aviv, on Monday, and forced Netanyahu to cut short his visit to the US.
Page:  13 - 12 - 11 - 10 - 9 - 8 - 7 - 6 - 5 - 4 - 3 - 2 - 1
Powered by