Adalah Legal Center, which works in the Palestinian territories occupied in 1948, filed on Friday a request with the Israeli High Court to release the body of martyr Yaqoub Abu al-Qiaan, 47, from Umm al-Hiran village in the Negev.

The petition asked for the delivery of the body of the martyr who was killed on Wednesday by the Israeli police to be buried "unconditionally".

The Center said that withholding Abu al-Qiaan's body offends the dignity of the dead, and doing this, the Israeli police blatantly abuse their powers.

The Israeli police required the martyr's body to be buried in the night and with the participation of a small number of mourners as a condition to release the body.

The Israeli police killed Abu al-Qiaan during the confrontations that took place in Umm al-Hiran village last Wednesday following the demolition of 18 Palestinian houses in the village.

According to the Israeli narrative, Abu al-Qiaan carried out a car-ramming attack killing an Israeli policeman and injuring another before he was fatally shot. Eyewitnesses said that the martyr was shot and severely injured before the car-ramming and the Israeli police denied him treatment and left him to bleed to death.

In the same context, the Beersheba District Court extended on Friday the detention of two Palestinian youths, who were arrested during the demolitions carried out in Umm al-Hiran village.

The radio said that the District Court overturned the Magistrate Court's decision to release the two young men, who were accused of attacking Israeli policemen in the village.

It pointed out that the detention of the two Palestinians was extended for four days pending further investigations.
15 jan 2017
IOF quells march urging release of slain Palestinians’ bodies

The IOF soldiers attacked Palestinian marchers as they took to Bethlehem streets to push for the release of the bodies of Palestinian civilians withheld by the occupation authorities.

The IOF soldiers targeted the protesters with heavy spates of rubber bullets and teargas canisters.

Journalist Mohamed al-Qeiq said in a Facebook statement that the IOF detained him, along the families of the slain Palestinians, in a military jeep right as they joined the march.
9 jan 2017
Erdan says body of J’lem attacker to be buried secretly 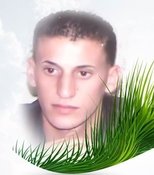 Israeli minister of public security Gilad Erdan has ordered the Israeli police not to hand over the body of Fadi al-Qanbar, the young man who carried out Sunday’s ramming attack in Occupied Jerusalem, to his family.

According to the Hebrew website 0404, Erdan said Israel would not return the body of the young man who carried out the truck-ramming attack in Armon Hanatziv settlement on Sunday.

He added that this “serious attack could lead to other copycat attacks,” threatening that he would “not allow his family to hold a funeral where he is treated with honor.”

He also said that the body of Qanbar would be buried secretly by the security authorities in a place to which his family and friends would not have access.
7 jan 2017
Thousands of Palestinians bid farewell to two martyrs in al-Khalil

Thousands of Palestinians in al-Khalil at noon Saturday bade farewell to martyrs Hatem al-Shaloudi, 25, and Mohammad al-Rajabi, 15, who were killed on September 16 and 17, 2015 by Israeli occupation soldiers for alleged stabbing attempts. Their bodies were detained for three and a half months in Israeli morgues.

The PIC’s reporter said that national and Islamic figures along with heads of institutions and leaders of civil societies especially the martyrs’ institution participated in the funeral.

The outraged crowds in al-Khalil raised the Palestinian flag along with other flags of the Palestinian factions amid chants in support of the martyrs who were shot and left bleeding to death in the streets for allegedly carrying out stabbing attempts against occupation soldiers.
6 jan 2017
Protest in Dura demands returning bodies of martyrs

Families of Palestinian martyrs staged a protest in Dura town to the south of al-Khalil city on Friday calling for returning the bodies of their sons held by the Israeli occupation authorities (IOA).

Dozens of Palestinians headed to the house of martyr Mohammed al-Faqih in the town where they staged the protest rally.

The Palestinian Liaison has declared that the IOA decided to hand over the bodies of two martyrs who were killed by the Israeli occupation forces in the Jerusalem Intifada.

The calls for returning the martyrs' bodies increased after the Israeli Cabinet decided on 1st January 2017 not to hand over the bodies of Hamas martyrs who were accused of carrying out resistance operations and bury them in the 1948 occupied Palestinian territories.
Israel returns bodies of 2 slain Palestinians to families in Hebron

The bodies were taken to the al-Ahli hospital in Hebron where their families and families of other slain Palestinians were waiting.

The Head of the Palestinian prosecution, Alaa al-Tamimi said last month that the prosecution had opened up investigations around the deaths of all Palestinian bodies returned by the Israeli state, including those who have died inside Israeli prisons.

Muhammad al-Rajabi,15, was shot to death by Israeli soldiers on Sept. 16 after he stabbed and lightly injured an Israeli soldier near the Tel Rumeida area of Hebron’s Old City.

Hatim Shaludi, 25, was also shot dead in the Tel Rumeida area on Sept. 17 after an alleged attempted stabbing attack, less than 24 hours after the killing of al-Rajabi.

The two are among at least nine bodies of slain Palestinians still being held by Israeli authorities for between eight and three months.

Meanwhile, the Diplomatic-Security cabinet of the Israeli government decided Sunday that bodies of slain Palestinians affiliated with the Hamas movement who were killed while carrying out attacks against Israelis will not be returned to their families, which includes three bodies currently being held.

Israeli authorities dramatically escalated a policy of withholding Palestinian bodies killed by Israeli forces amid unrest that erupted across the occupied Palestinian territory and Israel in October last year, having repeatedly claimed that funerals of Palestinians had provided grounds for “incitement” against the Israeli state.

PLO official Saeb Erekat has also urged the international community to pressure Israel to release Palestinian bodies held by Israel, saying: "Israel's collective punishments are now being carried out against the living and the dead."
Israel to return 2 killed Palestinians’ bodies

The Israeli Occupation Authorities (IOA) on Friday announced that it would return the bodies of two slain Palestinians, from al-Khalil to the south of West Bank, to their families for burial.

Member of the Palestinian National Committee for Retrieving Bodies of Martyrs Amin al-Bayid affirmed that Israeli authorities decided to release the bodies of two Palestinians killed recently by Israeli gunfire.

Al-Bayid identified the two as Hatem Al-Shlodi and Mohammed Rajabi.

The bodies of the two slain youths are expected to be handed over in al-Ahli Hospital for burial on Saturday.

Al-Shlodi, 26, was killed by Israeli gunfire on September 17, 2016 for an alleged stabbing attack.

The 16-year-old Rajabi was also executed by Israeli forces on September 16, 2016 for allegedly trying to stab a group of soldiers in al-Khalil.

Since then, the two killed Palestinians’ bodies were held in Israeli morgues.
2 jan 2017
Israel decides not return Hamas members' bodies

Israeli cabinet declared Sunday a series of punitive measures against Hamas’ prisoners and martyrs in a failed attempt to push for the release of Israeli soldiers captured by Qassam Brigades during 2014 aggression on Gaza.

According to Yediot Ahranot Hebrew newspaper, Israeli authorities would not return the remains of the members of Palestinian resistance movement Hamas who were killed during anti-Israel operations to their families but would instead bury them.

The announcement was made via a statement posted on Israeli Prime Minister Benjamin Netanyahu's official Twitter account, saying that the decision was made following a cabinet meeting.

The decision also includes the imposition of a number of punitive measures against Hamas’ prisoners and the re-arrest of ex-prisoners released during Wafa al-Ahrar swap deal, the paper added.

The move came after Hamas released footage showing a mock birthday party for an Israeli soldier captured by Palestinian resistance in the 2014 Gaza war.