Dozens of Palestinians joined a rally in al-Khalil city on Saturday to urge the Israeli occupation to release the bodies of slain Palestinian anti-occupation youths.

“What has been going on in the occupied Palestinian territories emanates from an Israeli scheme to terrorize the Palestinians,” he added.

At least the bodies of 18 slain Palestinians, 12 among whom from al-Khalil, have been withheld by the Israeli occupation authorities.
19 sept 2016
Israeli Army Transfers Amro’s Body To Jordanian Authorities

The Israeli authorities transferred, on Sunday evening, the body of slain Jordanian man, Sa’id Hayel Amro, 28, to the Jordanian side of the Allenby Border Terminal.

The Petra Jordanian News Agency quoted the spokesperson of the Ministry of Foreign Affairs and Expatriates Sabah Rafei stating that the body of Amro, who was killed two days ago in Jerusalem, was moved to Jordan, and that his family will receive it after the authorities conduct all needed measures.

Later on, the body was moved to the Al-Karak Governmental Hospital.

Rafei added that the Jordanian authorities are closely following the investigation, in order to obtain details on the events that led to his fatal shooting by Israeli soldiers in occupied Jerusalem, this past Friday September, 16.

The soldiers fatally shot Amro in Bab al-‘Amoud area, in Jerusalem, after he reportedly attempted to stab an officer.

It is worth mentioning that Amro was from the al-Mogheer village, near Al-Karak city, south of Jordan.
17 sept 2016
Family of Jordanian martyr seeks help to bring his body back home 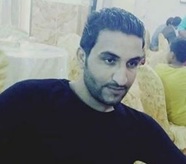 The family of Jordanian martyr Sa'eid Amr, who was shot dead by the Israeli police on Friday at al-Amud (Damascus) Gate in Occupied Jerusalem, started to make contacts with the authorities in Amman to bring the body of its son home swiftly.

27-year-old Amr, who was working for the Jordan Phosphate Mines Company, had no political affiliation and came to Palestine as a tourist, according to the family.

To justify his cold-blooded killing, the Israeli police claimed he tried to stab one of their men at al-Amud Gate.
14 sept 2016
Palestinian Family Buries Slain Son In Jerusalem

Hundreds of Palestinians marched, on Tuesday evening, in the funeral procession of a Palestinian was killed by Israeli soldiers in Shu’fat refugee camp, in occupied Jerusalem, on September fifth.

A Red Crescent Palestinian ambulance moved the body of Mustafa Nimir, 27, from Hadassah Israeli medical center in Jerusalem, to his family home in Anata town, northeast of Jerusalem.

Hundreds of Palestinians marched from Nimir family home in Ras Khamis neighborhood, and headed to the local mosque for funeral prayers before burying him in the town’s graveyard.

The Israeli army killed Nimir on September 5th, after the soldiers and undercover units invaded Shu’fat and killed the Palestinian allegedly for trying to carry out a ramming attack against them.

The Israeli army held the body of the slain Palestinian since his death, and only allowed its release Tuesday.

The army later said the Palestinian was accidentally shot and killed by the soldiers, and that he posed no threat to the lives of the soldiers who were operating in the refugee camp.

It admitted that Mustafa Nimir was not the driver of the vehicle at all, but then tried to blame his brother-in-law for driving ‘erratically’, which they claim led them to shoot both men, killing one and injuring the other.

Israeli occupation authorities (IOA) returned Tuesday the body of a slain Jerusalemite who was killed by Israeli forces earlier this month. According to the Palestinian Red Crescent, Mustafa Nimir’s body was returned by the IOA on Tuesday to be then buried in the Anata village cemetery.

Mustafa, a resident of Shufat, was killed in the early hours on Sept. 5 when he was driving home along with his cousin Ali Nimir.

Israeli forces initially claimed that Mustafa was planning to carry out a car ramming attack against Israeli soldiers. However, they later admitted to Mustafa’s family that he was “killed by mistake.”

Israeli police then tried to extend his body’s detention for a week after accusing him of manslaughter, involuntary manslaughter, driving without a license, driving under the influence of drugs and alcohol, and endangering lives.

The next day, Israeli police claimed that Ali Nimir was suspected by Israeli police of causing Mustafa’s death by driving negligently which prompted Israeli forces to open fire on the vehicle.

A number of Palestinians have been killed under circumstances similar to Nimir's death, by coming under indiscriminate Israeli army fire while driving near to a military site.
13 sept 2016
PM's envoy: Hamas rejected offer to swap MIA soldiers for all their prisoners

Special hostages and missing persons coordinator Lior Lotan says Israel offered to return to Gaza 18 Hamas prisoners and 19 bodies of its fighters, all captured during Protective Edge, in return for Hadar Goldin and Oron Shaul, but the Gaza terror organization set preconditions.

Lior Lotan, the prime minister's envoy on hostages and missing persons, said on Tuesday that Hamas has rejected several offers to swap all of its men captured—both dead and alive—during Operation Protective Edge in exchange for the remains of Israeli soldiers Hadar Goldin and Oron Shaul.

The two soldiers were killed during the 2014 campaign in the Gaza Strip and their bodies were captured by Hamas.

"At the end of Protective Edge, Israel had 19 bodies of fallen Hamas fighters and 18 prisoners, captives who later were sentenced to prison terms—the longest of them being 16 and a half years," Lotan said, speaking at the World Summit of the International Institute For Counter-Terrorism (ICT) at the Interdiciplinary Center in Herzliya (IDC).

"Hamas, on the other hand," he continued, "has two bodies of fallen IDF soldiers who were killed in Saja'iyya and Rafah."

"Since end of the war, Israel has been operating through many channels to bring our boys home," he added.

"Since that time, other Israeli citizens have crossed to Gaza," he said in reference to Abera Mengistu and Hisham al-Sayed. "These are sick people, suffering from mental exhaustion, who crossed over into Gaza and are being held by Hamas to this day. Hamas officials are aware of the distress that these civilians are in. This is not a security matter. Israel has found ways to send Hamas proof that this is a humanitarian, personal, humane matter—not a security matter."

Lotan went on to detail another offer made to Hamas "to return to Gaza all of the civilians who are in Israel—people who crossed into Israel of their own accord. And of course, we expect to get our civilians who crossed over to Gaza in return."

Lotan explained that these offers are not unusual. "These things are accepted norms in the world. At the end of every conflict, the sides exchange captives and missing persons—that's the norm. It was also done in our region, between Israel and Hezbollah—both before and after the Second Lebanon War. In unprecedented fashion, Hamas has refused this offer, and even put forth a precondition for the continuation of the discussions: resolving a case of prisoners who were not from the Gaza Strip at all and have no connection with the Protective Edge war at all. Of course, we cannot abide a precondition. It's not right practically speaking, and it's not right professionally speaking."

Israel is not officially negotiating with Hamas for the return of the remains of soldiers Hadar Goldin and Oron Shaul, and the return of civilians Abera Mengistu and Hisham al-Sayed. However, it is conducting unofficial talks with the organization through back-door channels and intermediaries, trying to at least reach some understanding that might allow for the beginning of official talks.
10 sept 2016
Family of martyr Abu Ghurab demands release of his body

The family of martyr Sari Abu Ghurab, from Qabatiya town in Jenin, has demanded the Israeli occupation authority (IOA) to hand over the body of its son unconditionally.

The family appealed to human right groups and the Palestinian Authority to intervene to have the body of its son released.

It stressed that its right to bury him must not be subject to bargaining and extortion.

The body of Abu Ghurab has been detained by the Israeli police since he was murdered in cold blood by soldiers near Yitzhar checkpoint in Nablus about 17 days ago.
8 sept 2016
IOA returns body of slain Jerusalemite for burial

The Israeli occupation authorities returned at dawn Thursday the slain Jerusalemite Abdul Mohsen Hassouna’s body after being withheld for more than nine months.

Israeli intelligence imposed a number of preconditions on Hassouna’s family before returning his body, limiting the number of funeral attendees to no more than 25 family members.

Israeli policemen were deployed throughout the occupied city of Jerusalem, as they prevented people from approaching to conform to Israeli limitations on the number of mourners allowed to attend the funeral.

Hassouna was shot dead by Israeli police last December for allegedly carrying a car-ramming attack.
6 sept 2016
200 Days After He Was Killed By The Army, Family Buries Son In Jerusalem

A Palestinian family from occupied East Jerusalem buried, earlier at dawn Tuesday, its son Mohammad Abu Khalaf, who was executed by Israeli soldiers who fired more than 50 live rounds after disabling him on Friday, February 19, 2016.

The Israeli army imposed severe restrictions, and forced the family to pay 20.000 Israeli Shekels bail for releasing his corpse and abiding by preset conditions for his burial.

The preconditions include allowing only 25 close family members to attend the funeral and burial ceremonies, while the army delivered the corpse to the family at the gate of the Mujahidin Graveyard, in Jerusalem.

Dozens of soldiers and police officers were deployed around the graveyard area, and installed roadblocks closing many roads, in addition to preventing the journalist from attending the funeral and burial.

Mohammad’s mother, Rula Abu Khalaf, said Israel kept refusing to release the body of her slain son, and for 200 days, kept coming up with various preconditions, and justifications for the release.

“But I finally managed to place flowers on his head — his brothers and sisters, his father and myself, miss him so much, we will never forget him, no matter what,” the mother said, “Every day, I imagine him returning home; I can still see hear his voice…”

She also stated that the soldiers were supposed to transfer the body on Sunday, but informed the family that his grave “cannot be next to the graves of Tha’er Abu Ghazala and Baha’ Elian, and demanded us to find another grave in a different area of the graveyard.”