3 oct 2018
Child killed in IOF quelling of Gaza demonstration
According to the PIC reporter, medical and press crews were under attack too, and an ambulance was partially damaged after it was targeted with IOF fire.

Since 30 March, Palestinians in the Gaza Strip have been protesting on almost a daily basis near the border between the coastal enclave and the 1948 occupied Palestinian territories.

The protests, known as the Great March of Return, mainly call for lifting Gaza siege and allowing Palestinian refugees to return to their lands from which they were expelled in 1948.

Since the start of Gaza border protests, 204 Palestinians have been killed by the IOF and over 22,000 injured, 460 of whom are in critical condition. video

Israeli soldiers killed a Palestinian child on Wednesday when they shot him with a high-velocity gas bomb in the head, and wounded 25 other Palestinians, during protests near Beit Hanoun (Erez) Terminal, in northern Gaza.

The child, Ahmad Samir Abu Habel, 15, was shot with a gas bomb which struck him directly in his head, and lodged in his skull.

A video shows gas pouring from his skull, where the canister lodged, and a group of young men rushing up to help him to an ambulance.

The soldiers also targeted a Palestinian ambulance with a gas bomb, and several live rounds, near the crossing.

Furthermore, the soldiers injured 25 other Palestinians, some with live fire who were rushed to the Indonesian Hospital in nearby Beit Lahia. The rest suffered the effects of tear gas inhalation.
Gaza: Eight protesters wounded by Israeli gunfire during night rallies

Eight Palestinian young men suffered bullet injuries during their participation in night protests on Tuesday on the eastern and northern borders of the besieged Gaza Strip.

A reporter for the Palestinian Information Center (PIC) said that that the participants in the night rallies torched tires, created loud sounds and pointed laser beams at Israeli soldiers behind the border fence to create confusion among them.

Consequently, the soldiers intensively and indiscriminately fired tear gas grenades and live bullets towards the protesters, injuring eight of them.
2 oct 2018
Elderly man killed by Israeli gunfire east of Gaza 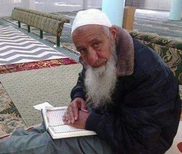 An elderly Palestinian man was killed on Tuesday evening by Israeli tank fire east of al-Maghazi refugee camp in the middle area of the Gaza Strip.

The PIC reporter said that Ibrahim al-Arrouqi, 78, was hit with a 250-mm bullet fired by an Israeli tank stationed on the Israeli side of the border fence east of Gaza.

He added that al-Arrouqi was shot while sitting in front of his house which is relatively far from the border fence.
1 oct 2018
93 Gazans injured by Israeli gunfire during sea border protests

Gaza Ministry of Health said that 93 demonstrators were injured, 37 of whom by live ammunition, adding that ambulances were also attacked with gunfire and teargas canisters.

The tenth Freedom Flotilla launched from the Gaza Strip on Monday left Gaza port heading toward Israeli-controlled water in an effort to break the siege imposed on the coastal enclave for 12 years now.

The PIC reporter said that thousands of Palestinian citizens demonstrated peacefully on the coast north of Gaza to support the flotilla, which is part of the ongoing Great March of Return activities, and to demand lifting the siege.

Khader Habib, a member of the Higher National Committee for the Great March of Return and Breaking the Siege, said that Gaza border protests will continue until they achieve their goals.
Turkey condemns Israel’s use of excessive force against Gaza civilians

Turkey on Sunday "strongly" condemned Israel's "excessive and disproportionate" use of force against innocent civilians in the blockaded Gaza Strip.

"We strongly condemn the excessive and disproportionate use of force by Israeli security forces against innocent civilians who used their right of peaceful protest," Turkey’s Foreign Ministry said in a statement.

On Friday, at least seven Palestinians were killed and more than 500 others injured by the Israeli army while taking part in ongoing demonstrations along the Gaza border.

Protesters -- who have been staging demonstrations since March 30 -- demand the “right of return” to their homes in historical Palestine from which they were driven in 1948.

They also demand an end to Israel’s 11-year blockade of the Gaza Strip, which has gutted the coastal enclave’s economy and deprived its two million inhabitants of vital commodities.
30 sept 2018
The child paramedic killed by Israeli gunfire
She replied that she was waiting along with her sister, Islam, their younger brother, who had not returned home. She contacted her mother and she confirmed that Nasser has not returned home yet.

During this period, Nasser was lying in the morgue without being identified, and social media outlets began circulating his image so that his parents would recognize him, and Duaa and her sister Islam were very surprised that the unknown child was their brother Nasser.

The child Nasser, who belongs to the town of Abasan Alkabira, was martyred due to wounds he sustained during the Great March of Return to the east of Khan Younis in the southern Gaza Strip.

A state of shock took over the paramedics as Nasser had been helping them hours before, moving between medical tents and the field, transferring the instruments and equipment they lacked such as solutions, gauze and medicines.

Duaa noted that “Nasser was always trying to help us inside the tent and he came carrying a saline solution in his hand to help people who are suffering from gas suffocation.” She condemned his killing as he posed no danger to any Israeli sniper.

As soon as the news of his martyrdom reached his mother, she was patient and kept praying: “God, reward me during my difficult time and replace it with a better one.” video

She notes that Nasser had memorized the Quran by heart last year, where joy was all over the family’s house. He is also a preacher who gives speeches and sermons at the mosque and school.

“He was very keen to participate in the Great March of Return east of Khan Younis since its launch on 30 March, calling for the return to lands of the ancestors which were stolen by the Israeli occupation,” she added.

Why did they kill him?

The mother asks what her son has done so that he was assassinated this way, shooting treacherous bullets at his small head. She prays to God Almighty to hold the occupation accountable, because there is no one but God to help our people, as the whole world stands watching what is happening to our people without doing anything.

She notes that Nasser wanted to be a doctor. He was the best in his class. He was part of the school health team, and he took part in helping ambulance crews along with his sisters and he loved saving people’s lives and helping them.

The farewell of Nasser: We will not forget

His friend Mohammad, who sits next to him in the classroom and who always accompanies him to school on his bicycle, is still shocked by what happened to Nasser. He says with tears in his eyes, “Who will I go with to the school? Who will I play with? Nasser is gone.”

“I will place his pictures around the school so that his memory lives forever. He will always be with us,” he said.
Civilians injured by Israeli bullet fire at Gaza border

At least seven Palestinians were shot and injured by the Israeli occupation forces in the blockaded Gaza Strip at nightfall Sunday.

Two injured youths have reportedly been in a critical condition.

Qatar’s ministry of foreign affairs has called on the international community to intervene to curb Israel’s ongoing crimes in the besieged Gaza Strip.

This came in a statement released by the ministry in response to the killing of seven Palestinian protesters by Israeli forces during their participation in Friday’s March of Return rallies on the eastern border of Gaza.

It appealed to the international community and the UN Security Council to shoulder their responsibilities towards the Palestinians in Gaza, and work on protecting them against Israel’s war machine.

The ministry expressed its strong condemnation of Israeli forces’ use of live ammunition against Gaza protesters on Friday, killing some of them and injuring hundreds.

It described Israel’s use of armed force against the protesters as “a serious military escalation and a flagrant violation of international conventions and laws.”