A Palestinian official warned on Tuesday that an Israeli court ruling allowing Jews to pray at Al-Aqsa Mosque, in Occupied Jerusalem, would fan the flames of religious strife.

A ruling by the Israeli Magistrate Court in Occupied Jerusalem declared al-Aqsa Mosque a holy site and a sacred place of worship to Jews.

Palestinian Minister of Waqf (Endowment) and Religious Affairs Yousef Id’eis warned that such a ruling “will lead to a religious war that can ignite the entire region.”

He dubbed the move “a dangerous escalation” in Israel’s violations of the sanctity of Muslim holy sites in Occupied Jerusalem, defying all international resolutions that categorize al-Aqsa as an exclusively Islamic site.

The minister added that the court ruling makes part of Israel’s attempts to confer a legal cover upon its incessant crimes against the Palestinian land and people.

Israeli Occupation Forces (IOF) on Monday stormed the home of martyr Muhannad al-Halabi in Surda town north of Ramallah. The IOF threatened to continue targeting the family if they launch any anti-occupation activities or events.

Suhair al-Halabi, mother of martyr Muhannad, told Quds Press that an Israeli intelligence officer told the family that he will go on targeting them and storming their home in response to the anti-occupation attack carried out by their son, Muhannad, on October 03, 2015 in the Old City of Occupied Jerusalem which led to the death of two settlers.

She said the Israeli officer claimed that anti-occupation attacks result from home education acquired from the family. The mother refuted the officer’s claims and stressed that such attacks come as a natural response to Israeli crimes and offensive practices against Palestinians.

The martyr’s brother, Mohammad, has been arrested in Israeli Ofer jail for seven months. The parents were also detained over the past months. Their home was knocked down on January 09, 2016.

Israeli Occupation Authority (IOA) returned the body of martyr Muhannad to their family on October 09, 2015 after detaining his body for six days.
26 feb 2017
Islamic-Christian group warns of Israel-inflicted collapses at Aqsa

The Islamic-Christian Commission to Support Occupied Jerusalem and Holy Sites on Sunday said the collapses wrought by the Israeli excavations in Silwan might signal imminent collapses at al-Aqsa Mosque and other Jerusalem sites.

The Islamic-Christian commission said in statement the collapses that occurred in Silwan, to the south of al-Aqsa Mosque, on Sunday morning are the fallouts of the Israeli excavations of underground tunnels in Occupied Jerusalem.

The commission added that serious damage has been inflicted on Occupied Jerusalem by a network of Israeli tunnels dug beneath the Old City and holy al-Aqsa Mosque.

The commission’s Secretary General, Hanna Issa, attributed the collapses rocking Silwan neighborhoods, most notably Wadi Hilweh, adjacent to the southern wall of the al-Aqsa place of worship, to the ongoing Israeli excavations.

Issa urged the Palestinians and Muslims across the world to urgently step in and stand up for Occupied Jerusalem and al-Aqsa before it is too late.
25 feb 2017
Qaraqe: Medical report affirms responsibility for killing of Jallad 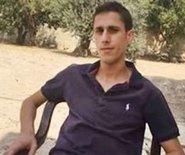 Detainees and Ex-detainees Committee received on Saturday a medical report on the death of Palestinian prisoner Mohammad al-Jallad who died on February 10, 2017 in Israeli Beilinson Hospital where he was receiving treatment after being shot and wounded on November 09, 2016, by Israeli forces.

The report shows that the direct cause of death was because his lungs were filled with air and had instability of bio markers. As he had a gunshot wound, he had disintegration of the liver, rupture in large intestine from the right, injury of the right kidney and leaking from the intestines into the abdominal cavity.

It also shows that he depended on artificial breathing and was infected with lymph gland cancer. The reasons for the bleeding he repeatedly suffered were not mentioned.

Medical examinations were conducted for his gallbladder on the same day of his death. No clarification was made whether there was any direct or indirect relation between those tests and the cause of death, the report added.

Head of Detainees and Ex-detainees Committee, Issa Qaraqe, said that Israeli authorities insisting on continuing the detention of Jallad in full disregard to his health condition was a decision to kill him.

The medical report indicates medical negligence that led to the accumulation of air in his lungs which is the main cause of his death, Qaraqe pointed out. He opined that the two-day delay in announcing his death news raises big questions and indicates mysterious conditions that Israeli doctors tried to hide.
IOF closes entrance to Nablus village

Head of the village council Ziyad Adili affirmed that Israeli bulldozers closed this morning the entrance to Osarin village with sand barriers.

He pointed out that the Israeli measure came as part of the IOF’s collective punishment policy imposed against the village following the popular anti-occupation events organized by its locals on weekly basis.

Israel imposes restrictions on Palestinian movement within the West Bank, by erecting dozens of military checkpoints throughout the West Bank.

Israel's policy results in real hardships and constant uncertainty in people's daily lives in terms of everyday tasks such as getting to work or school or visiting relatives.

It also reflects the view that freedom of movement is not an inalienable right but a privilege that Israel can choose to bestow or withhold.
23 feb 2017
Israeli Supreme Court approves closing Jerusalemite school

The Israeli Supreme Court approved on Thursday the closure of an elementary school in Occupied Jerusalem claiming that its curriculums incite against Israel.

The Israeli Ministry of Education and police closed al-Nukhba school which has 220 students enrolled in its classes, claiming that their founders support Hamas Movement and its curriculums incite against Israel, according to Israeli TV channel 2.

The Israeli Ministry of Education, according to channel 2, issued a closure order for the school, which was handed to its headmaster, Loai Bkairat, who refused the order and filed a complaint to the Israeli police. However, the headmaster was arrested on Thursday for investigation but was released later with certain conditions.

For its part, the school administration described this order as unjustified, and said, “We will fight as long as we can in order to reverse this unjust decision which aims at displacing students and destroying their school which received all temporary licenses at the beginning of the school year”. 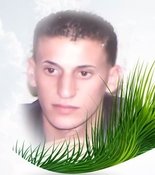 The Israeli High Court authorized, Thursday, the demolition of the family home of Fadi Ahmad al-Qanbar, who was killed six weeks ago, after ramming and killing four Israeli soldiers in Jerusalem.

The court said that the demolition was an “acceptable punishment,” and alleged that al-Qanbar family “knew about his intentions before he carried out the attack.”

Fadi al-Qanbar, 20, was a former political prisoner from Jabal al-Mokabber, in occupied Jerusalem; he was killed on January 08, 2017, after ramming Israeli soldiers with his truck, killing four, and wounding two others.

The four Israelis who were killed in the incident have been identified as Yael Yekutiel, 20, from Givataiym east of Tel Aviv, Shir Hajaj, 22, from Ma’ale Adumim colony in the occupied West Bank, Shira Tzur, 20, from Haifa, and Erez Orbach, 20, from Alon Shvut colony, southwest of occupied Jerusalem.
20 feb 2017
Israeli Soldiers abduct 22 Palestinians In The West Bank

Israeli soldiers have abducted, overnight and at dawn Monday, at least twenty-two Palestinians, from various areas, in the occupied West Bank, and violently searched dozens of homes, the Palestinian Prisoners’ Society (PPS) has reported.

The Hebron office of the PPS, in the southern part of the West Bank, said the soldiers invaded and searched homes in Surif and Beit Awwa towns, and abducted two Palestinians, while a third was taken prisoner at a roadblock in the city.

The soldiers also abducted Morad ‘Ashour, after stopping him at a military roadblock, in Abu Sneina neighborhood, in the center of Hebron city.

The soldiers also assaulted a Palestinian journalist, identified as Khaled Mohammad Bushnaq, 39, causing many cuts and bruises, and forced him to remove his clothes in the cold, under the allegation of searching him.

In addition, a large military force invaded Barta’a town, isolated behind the Annexation Wall, southwest of Jenin, and the Industrial Zone, and violently search many stores and buildings, after breaking into them.

Media sources in Jenin said the violent invasions, and searches, were carried out by the soldiers while a military helicopter flew overhead.

It is worth mentioning that Aseeda is a former political prisoner, who was frequently abducted and imprisoned by Israel, and was only released from a detention center less than three months ago.

In a statement, the Israeli army said its soldiers have arrested twenty-two Palestinians in the West Bank districts of Nablus, Jenin, Qalqilia, Ramallah and Al-Biereh, Jerusalem and Hebron.

Furthermore, Israeli military bulldozers destroyed a drinking water pipeline, providing the villages of ‘Atouf and al-Hadeediyya, in the West Bank’s northern plains, with the needed water.

Mo’taz Bisharat, a Palestinian official at the governate office in Tubas and the northern Plains, said the Israeli attack left more than 47 families without water.
He added that this was the second attack of its kind, carried out by the soldiers in the area, since the beginning of this year.